How Jon SooHoo got the best action shot of 2015

Jon SooHoo captures The Catch and says, “Everything happens for a reason.” Click photo for high-rez version.

Jon SooHoo is in his 30th year as a photographer covering the Dodgers, and he just celebrated the anniversary with one of the greatest shots of his career. SooHoo, whose LA Photog Blog has been one of the most popular spaces at MLB.com/blogs over the past five years, captured the widely seen photo Tuesday at Wrigley Field of Cub fan Keith Hartley interfering with Adrian Gonzalez and catching a baseball while holding his baby. The umps got it right, the fan got the ball, baby Isaac got fed, and SooHoo got the remarkable shot. I traded emails with SooHoo today for a first-hand account of the photo, plus some of the follow-up photos he took at the bottom of this Q&A. Take a look:

What was your reaction when you knew you were getting this photo?

Most of the time I carry a body with long lens and a body with a short zoom lens and because the photo wells are so close to the fans and the field, you never know what you can get if you bring the extra body with a smaller zoom. This play I had the camera up to begin with and once I could see the ball in flight and knew it wasn’t close to hitting me, I started to focus on Adrian as he came closer and then it happened.

Can you describe your proximity with regard to the photogs’ well and the fan?

I was in the first base photo well and I had the far right position in the well. The ironic part is that there were two empty seats between me and Mr. Hartley who just so happened to leave their seats after we hit three outs earlier. Everything happens for a reason when the Godforce is involved.

Did Adrian see the pic, and any reaction from him?

I didn’t ask him as we were all trying to make the first bus.

Did you have any interaction with Hartley after the play?

I did. I showed him the picture and he was pretty geeked about it. It was quite overwhelming.

What was he (and the baby) like after this happened?

He was pumped, posing for pictures and TV interviews.

Obviously you had to return to other subjects on the field, but just wondering what happened after you got the shot.

This is only my second day being able to transmit my images live, from my camera to my ipad out through my email to the Dodger Social Media guy Matt Mesa, who put the image up.

Where does this rank among the best baseball photos you have ever taken…from your own point of view? When you look at it closer, you even have Adrian seemingly looking at you, and you can see how closely the first-base umpire and crew chief Jerry Meals is following it, before he initially ruled it a foul ball.

It ranks way up there due to all of the factors coming into play: (1) Going live from camera to iPad to email the night before; (2) The right camera equipment at the right time; (3) the two fans between us leaving their seats; (4) the catch; and (5) the house wireless signal strong enough to get the picture out.

Here were subsequent photos captured by SooHoo after the catch: 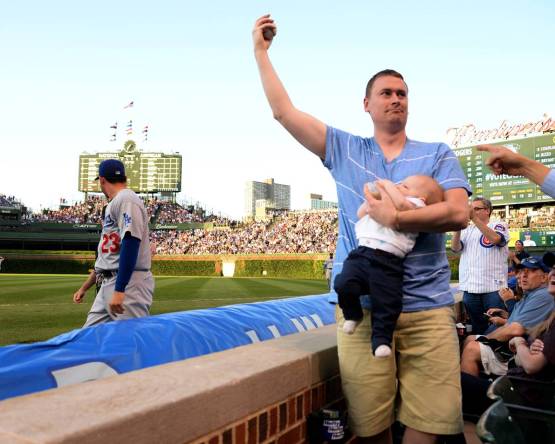 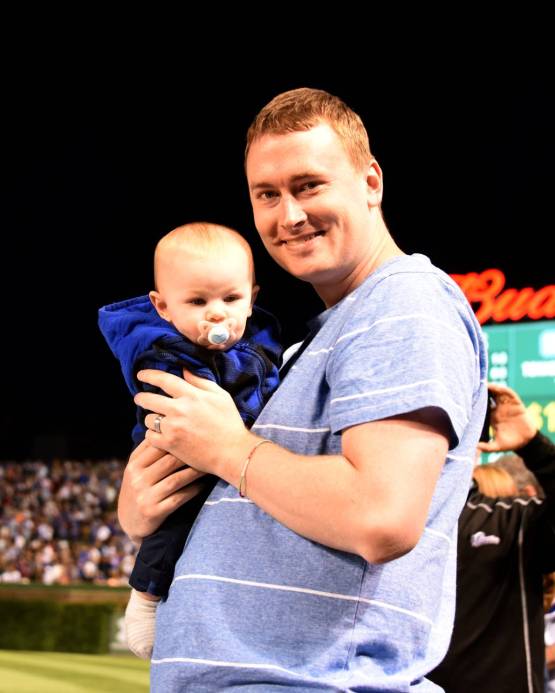 Here’s the MLB.com video of the play:

And here’s a closer look at SooHoo’s proximity and aim:

Memo to fans, don’t interfere with balls in play.